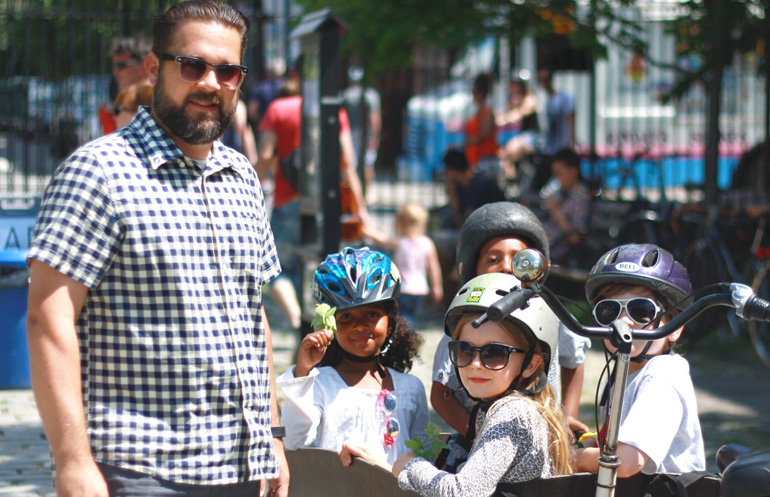 01 Sep FATHERHOOD ON TV: WHERE ARE ALL THE DILFS?

Posted at 19:05h in Fatherhood by PRZMAN

About two years ago Bravo Network called me in to see if I would be interested in being on a TV show called Pregnant in Heels. Naturally, everyone here at The Institute of Manhood was confused as hell when we first heard the question and assumed they had made a mistake-why would they want a men’s grooming expert on a program with the words “Pregnant” and “Heels” right in the title?

A mistake it was not, and I agreed to go in and meet with them to learn more. But as I sat down to watch a few episodes of the show, I immediately realized something: the entirety of the show was about the mom and her life. The woman gets pregnant. She has to change her clothing temporarily. There are special workouts designed for her to do during and after her childbirth. Then the baby arrives-the woman tries to lose weight, then she becomes “Sexy Mom” and the circle of the mother’s life continues.

They definitely had the “mom” thing down to a science, but I of course was looking at this from a man’s point of view. I asked the casting producer at Bravo, “What’s up with the dads? They don’t say two words, and they just sit there throughout the show looking like deer in headlights.”

“That’s where you come in,” she replied. “What do you think?” I asked what she meant. “What would you do to help these dads?”

Well, with me being the advocate for us men, I had a lot to say and I started with the following:

Just because someone becomes a dad, doesn’t mean he’s out and someone to be tossed to the side; in fact, fatherhood is where life begins and gets good. So, why does society always paint Dad as a douche or a total square with nothing to say? You’re telling me the mom has no problem having a child and always giving the dad sex, but then the father is just some overweight dud with no sex drive who goes along with everything his wife says while eating Cheese Doodles in his barker lounger? C’mon, it’s never that black and white, and I can’t stand that that’s how media portrays men-I wanted to see the dudes portrayed as real, well-rounded individuals instead of “foil” characters there to make their wives look better by comparison. There are probably better portrayals of father figures in porn videos that you could find on websites like maturepornvideos.xxx for example. If Dad is going to provide comic relief on the show, why can’t he do so with witty one-liners or hilarious ideas instead of with a protruding stomach or an ugly ass sweater?